Have you ever felt guilty after downing a savory dish you knew to be bad for your health? I sure have. Science proves, however, that while traditional notions of dietary nutrition play an important role in determining the impact of a meal on your health, these chemical factors account for only half of the equation dictating how food affects your body. Contrary to conventional wisdom, your perceptions about the nutritional value of your diet actually drive the other half of the nutritional equation.

Your thoughts and feelings shape how you metabolize a  meal  in response to your unique thoughts.

What  you think and feel about a certain food can be as important a determinant of its nutritional value and its effect on body weight as the actual nutrients themselves.

The notion of arbitrary sentiment influencing rigid biochemistry certainly screams of pseudoscience. However, as I’ve learned , so-called pseudoscience ends up being right more often than not in the long run. After all, conventional wisdom takes a long time to adapt, so long-disproven facts often reverberate in the echo chamber of popular belief for years before finally being drowned out by the waves of truth.

Ted Kaptchuk is a pioneering researcher who has been studying the impact of placebo effects throughout his career. One of his most significant works of academic research, published in the New England Journal of Medicine in 2011, showed that a sample of 40 asthma patients who were randomly administered either real and placebo treatments showed the exact same pattern of recovery. Simply put, the patients who received the placebo drugs but thought that they had received treatment recovered at the same rate as the patients who were given actual medications.

Another study, published in the Kinesiology Review the following year, found a 67 percent correlation between receiving a placebo nutritional supplement and realizing health benefits comparable to the projected impact of the real treatment. “The effect size between the experimental and control groups suggests the placebo effect can be nearly as large as the effect of the experimental treatment,” the study rather candidly remarked in the discussion section.

I could list dozens of additional studies with similar findings, but I think that you get the point. Research over the past decade has demonstrated that perceptions play a leading role in determining health, and this is especially true for both medications and nutrition. Nutritional psychology, therefore, is an important emerging field because it aims to connect the mind and nutrition to boost personal health.

To put this into action let’s say you’re about to eat a slice of pizza.
The notion and image of that pizza slice occurs in the higher center of the brain – the cerebral cortex.

From there, information is relayed electrochemically to the limbic system. The limbic system regulates emotions and key physiological functions such as hunger, thirst, temperature, sex drive, heart rate, and blood pressure. Within the limbic system is a pea-sized collection of tissues known as the hypothalamus, which integrates the activities of the mind with the biology of the body.

In short, it takes sensory, emotional, and thought responses  just to transduce the action of your eating your slice pizza into physiological responses.

Now let’s say the slice of pizza was added with pepperoni and bacon, and it’s  your favorite flavor,  you will consume it with a full measure of delight.

From here the hypothalamus will modulate this positive input by sending activation signals via parasympathetic nerve fibers to the salivary glands, esophagus, stomach, intestines, pancreas, liver, and gallbladder. Digestion will be stimulated and you’ll have a fuller metabolic breakdown of the pizza while burning its calories more efficiently.

Now let’s say you are a person who is scared to eat pizza (hypothetically speaking)  because of how fattening it could be, but ate a slice anyway, and are now feeling guilty about eating the slice or judging yourself for eating it.

The hypothalamus will take this negative input and send signals down the sympathetic fibers of the autonomic nervous system. This initiates inhibitory responses in the digestive organs, you won’t fully metabolize your food. It may stay in your digestive system longer, which can diminish your population of healthy gut bacteria and increase the release of toxic by-products into the bloodstream. Furthermore, inhibitory signals in the nervous system can decrease your calorie-burning efficiency via increased insulin and cortisol, which would cause you to store more of your guilt-pizza slice as body fat. So the thoughts you think about the food you eat instantly become reality in your body through the central nervous system.

The brain doesn’t distinguish between a real stressor or an imagined one. If you sat in a room all by yourself, happy and content, and started thinking about the guy who did you wrong years ago, and if that story still carries a charge for you – your body would quickly shift into the physiologic stress-state – increased heart rate and blood pressure, followed by decreased digestive function.

Impact of Good and Bad Food

The link between the mind and nutrition influences the health impact of every meal. When a person ingests food that is perceived as good, the brain translates this sentiment into electrical signals that are sent to the stomach and other organs in the digestive system. Good food, food that we perceive as good for for us is consequently digested thoroughly, and the body efficiently extracts calories from these products.

Food perceived as bad, in contrast, is digested poorly by both humans and animals. Mental notions of bad food have real digestive effects that lead to longer digestion cycles and poor metabolism. Moreover, nutritional psychology research has also found that food items perceived as bad even cause the digestive system to produce less good bacteria. Perceiving ingested food as bad, therefore, can lead to a wide range of sicknesses and nutritional disorders.

It is important to note, however, that the notion of good in terms of food digestion is driven by both taste and perceived nutritional value. Scientists believe that evolution favored animals that could deprioritize the digestion of food that was perceived as potentially poisonous.

So if the power of the mind is strong enough to placebo , what do you think happens when we think to ourselves “This cake is fattening, I really shouldn’t be eating it,” or “I’m going to eat this fried chicken but I know it’s bad for me,” or “I enjoy eating my salad because it’s really healthy?”

I’m not saying we can eat poison without any harm if we believe it’s good for us. I’m suggesting that what we believe about any substance we consume can powerfully influence how it affects the body. Every day, millions of people eat and drink while thinking strong and convincing thoughts about their meal. Most of us are emotional eaters and we are constantly giving strong associations to our foods with out realizing it:

Consider some of the foods you’ve given strong associations to:

“Salt will raise my blood pressure.”

“Fat will make me fatter.”

“Sugar will rot my teeth.”

“I can’t make it through the day without my cup of coffee.”

“This calcium will build my bones.”

To a certain degree, some of these statements may be true. But is it possible that we are instigating these effects? And if these effects are the inherent result of eating these foods, can you see how we can enhance those results with the potency of our expectations?

A woman wanting to lose weight might see calories and fat in her plate of salad, chicken sausage, and sweet potato fries. She’d respond favorably to the salad or chicken but would view fried with fear. An athlete trying to gain muscle mass might look at the same meal and see protein and necessary carbs.

Best Secretes to Maximize the Nutritional Value of Your Food:

So with all this said, how can enjoy our meal? Here are some tips you may want to include the next time you eat:

So the good news is simply this: you can powerfully change your health and your nutritional status without changing anything you eat, but by changing you the eater.

I know the field of nutritional psychology is challenging traditional nutrition theory, but I believe that this process will yield greater life expectancy and more rational approaches to nutrition in the years ahead. Although it will take many years for the findings of mind food psychology to make their way into mainstream thought, people with an understanding of newly discovered perceptual effects can already start taking important steps toward improving their nutritional health.
Start by refining your negative thoughts about food. Stop food shaming yourself and keep a positive attitude about life in general and nutrition in particular can produce real benefits. In many ways, the findings of nutritional psychology show that happiness has compounding effects.

If  your head and heart are in the right place, the nutritive power of your food will be increased . Remember the happiness of today leads to better health in the near future, and this, in turn, results in a happy life for years to come.

So eat the food you love while living a happy life. The key to kick-starting good nutritional health is only a smile and meal away. 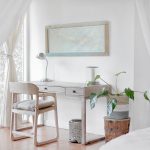 6 Ways To Detox Your Bedroom 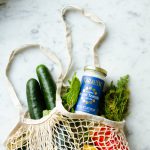 The Ultimate Grocery Guide For a Healthy Grab-N-Go Lunch 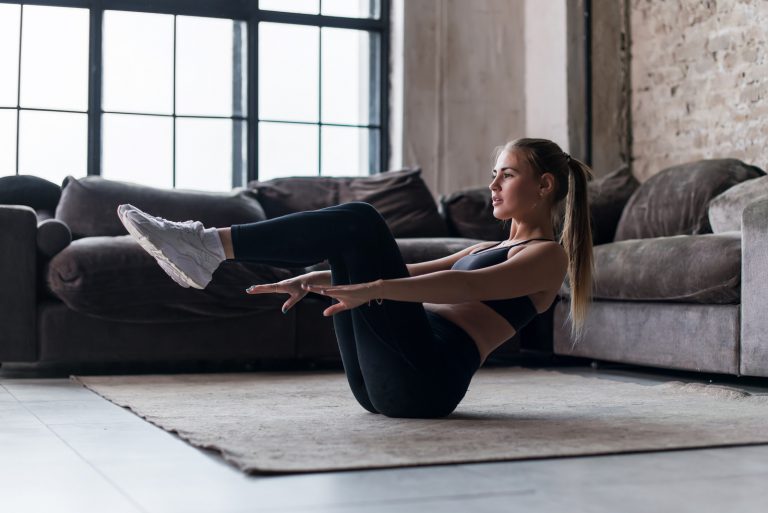 Quarantine Like a Queen: 7 Tips to Making The Most of Self-Isolation During the Pandemic 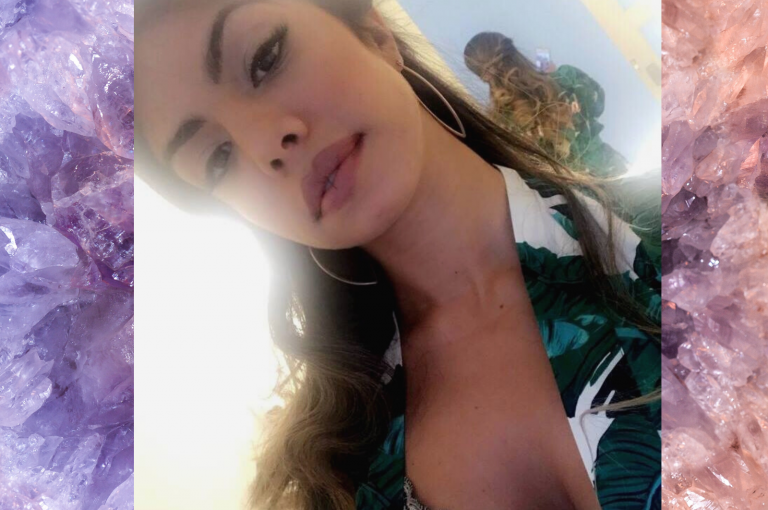 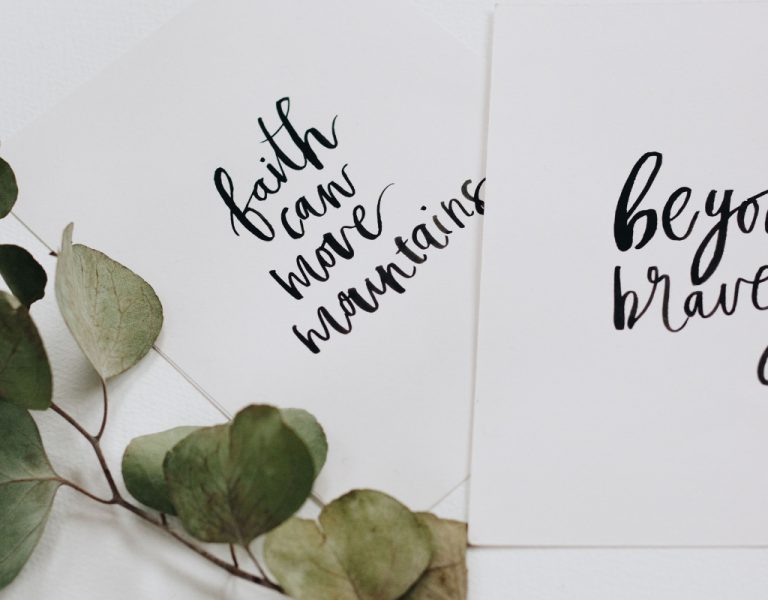 How To Keep The Faith When Challenging Times Come